Made By Linnae is now Moody Girl Accessories! 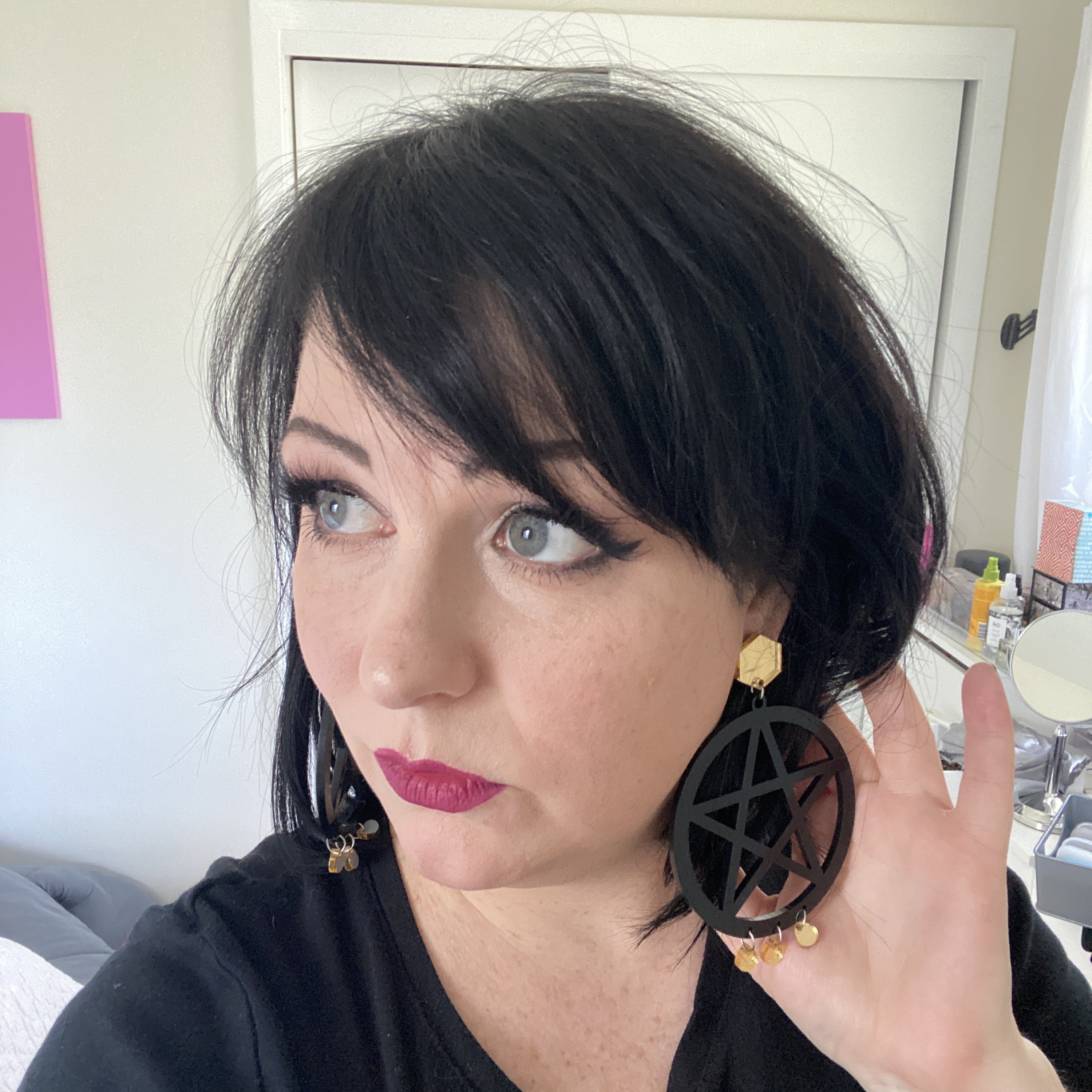 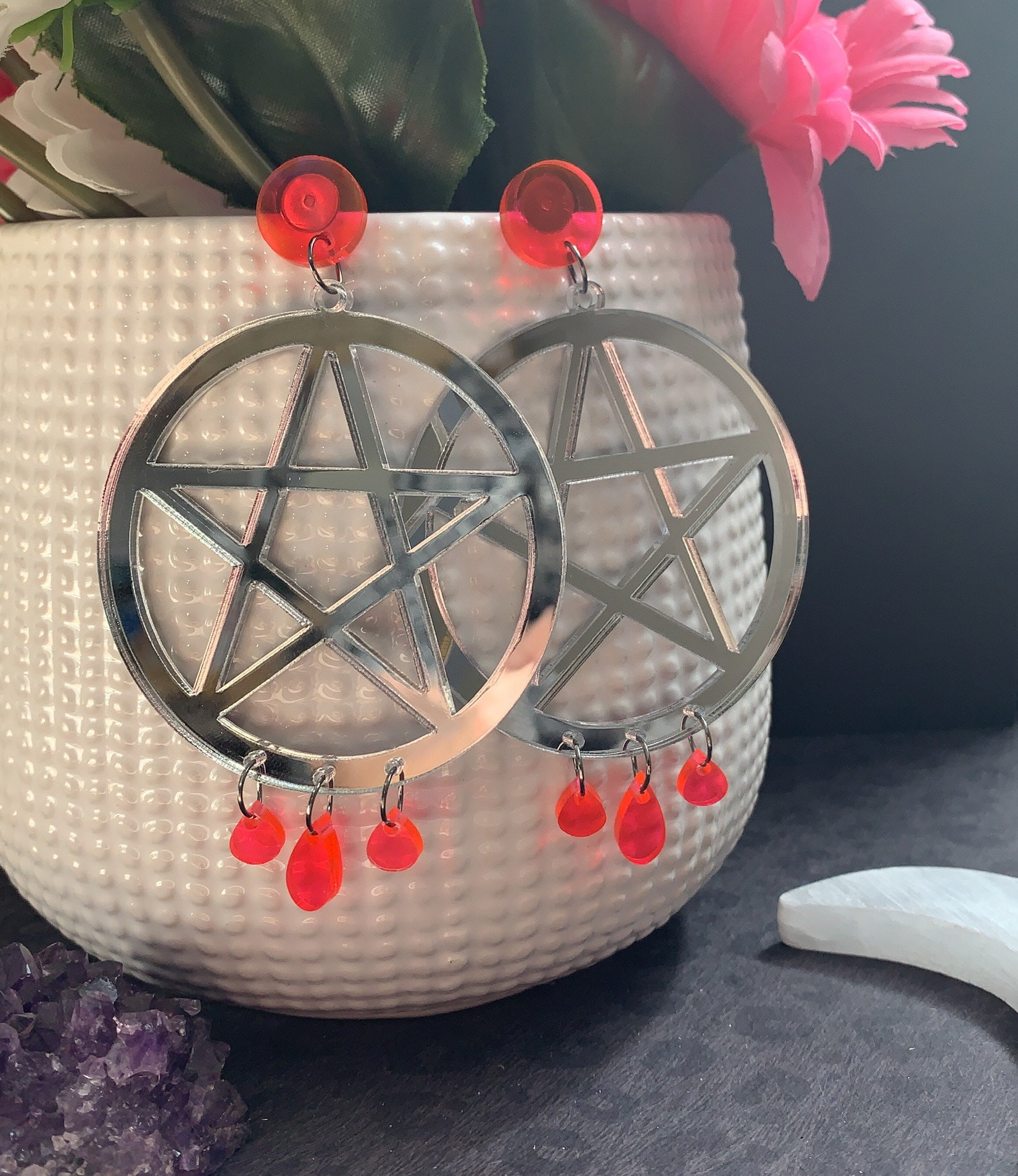 There is so much confusion around pentagrams so I thought I would do a little post about them.

First, you may notice that I often call them pentacles as well. Technically a pentagram is just a 5-pointed star and a pentacle is a 5-pointed star with a circle around it. The actual dictionary meaning of the term "pentagram" is a five-pointed star that is formed by drawing a continuous line in five straight segments, often used as a mystic and magical symbol.  However, most people use the terms interchangeably.

The mystical and magical symbolism is what most people think of when the see the image of a pentagram. In some Celtic and other neopagan religions and belief systems, each point of the star represents an element- earth, air, fire, and water, with the top point representing spirit. The circle around the pentagram, creating a pentacle, symbolizes infinity or eternity and also the circle of life.

The history of the use of pentrams is interesting because you can find that Christians once commonly used the pentagram to represent the five wounds of Jesus. Because of the clash between pagan and the Christian religion over the years, the symbol of the pentagram has been misconstrued to represent evil or Satan, especially when the pentagram is inverted. And, in the modern world of movies and television the pentagram had been portrayed as a symbol of evil in many horror films. So, naturally, many people have that association. If you are interested more about the history of pentagrams a quick google search will pull up tons of references.

The symbol of the pentagram is also used regionally. In east Asian Taoism and Traditional Chinese Medicine, i.e. acupuncture, it is also used to describe the elements and the humans' relationship with nature. You often see it on house sigils, countries flags, and in symbols of royalty all over the world with religious and non-religious tones. And, in many tarot decks the pentacles are one of the 4 suits and is associated with the earthly realm and possessions. 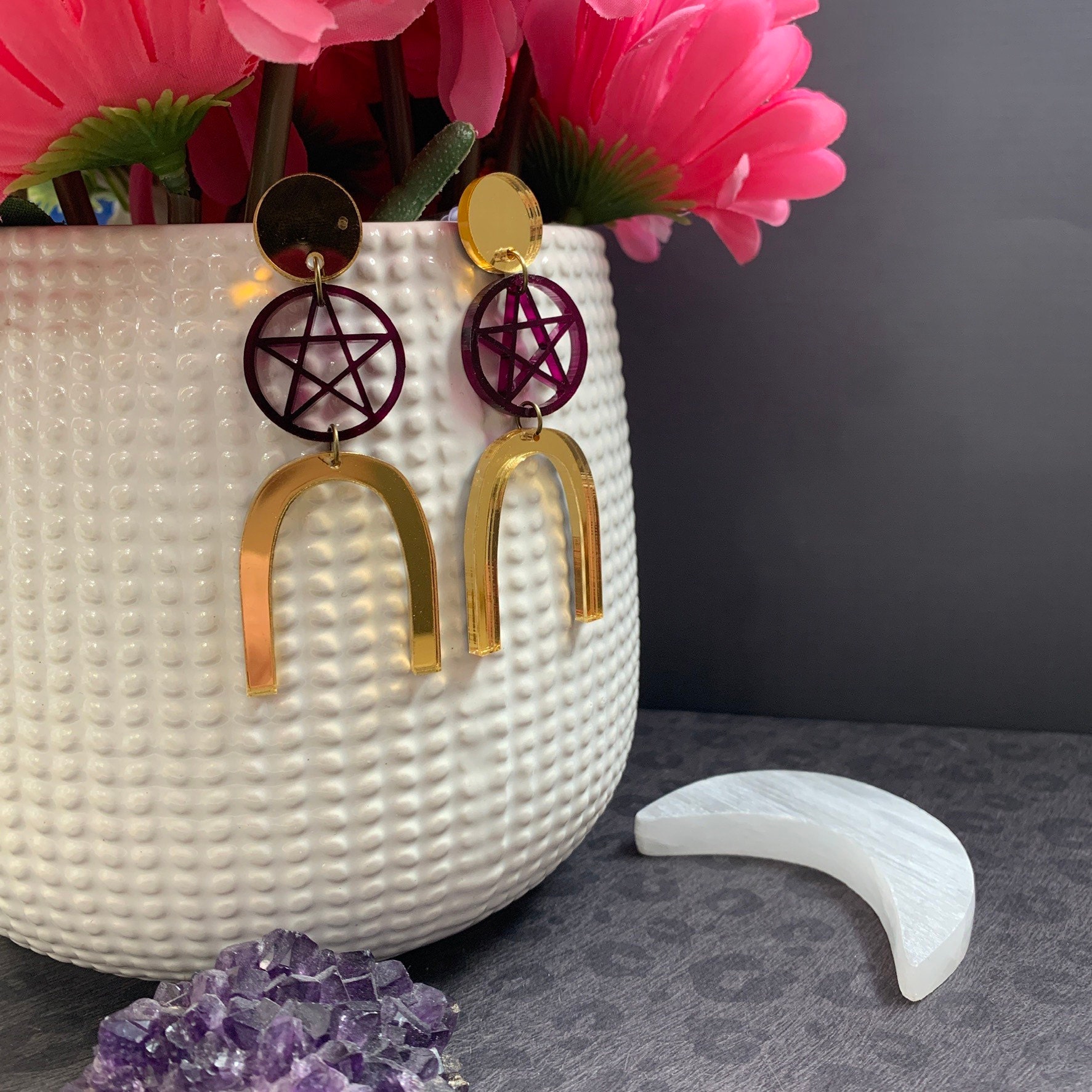 People often wear pentagrams/ pentacles for protection and as a reminder of their spiritual path and connection with nature. Similar to the way Christians use the cross, many pagan religions use a pentagram.

For me personally, the pentragram is a symbol of my spiritual belief structure and also, because I am a student of Chinese Medicine, it represents the connection with the natural world. It demonstrates the interdependence of each elemental aspect of mind, body, and spirit. I wear the pentagram/ pentacle as a reminder of this.    Also, I’m a rebel at heart and I don’t mind the looks and stares I get from people who don’t understand the true meaning of the symbolism. I’m not afraid to educate people who question its meaning and I think it’s always good to help bring awareness to something that has been so misunderstood.

In my shop you will find several designs with pentagrams on them. I just like them and I think they are a fun way to express my spirituality.

Feel free to message me if you have any questions about pentagrams/ pentacles and if you need some encouragement to wear them! 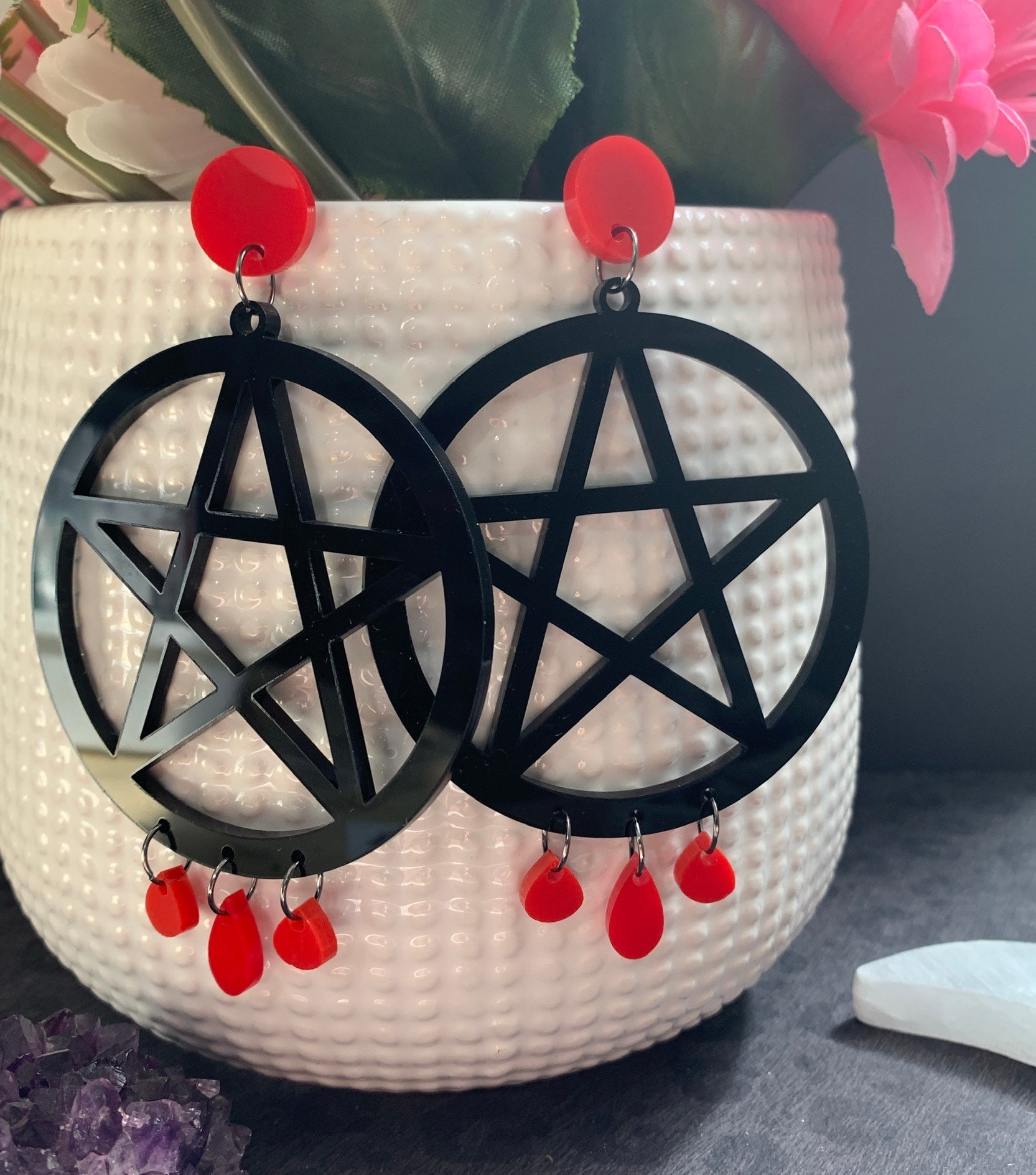 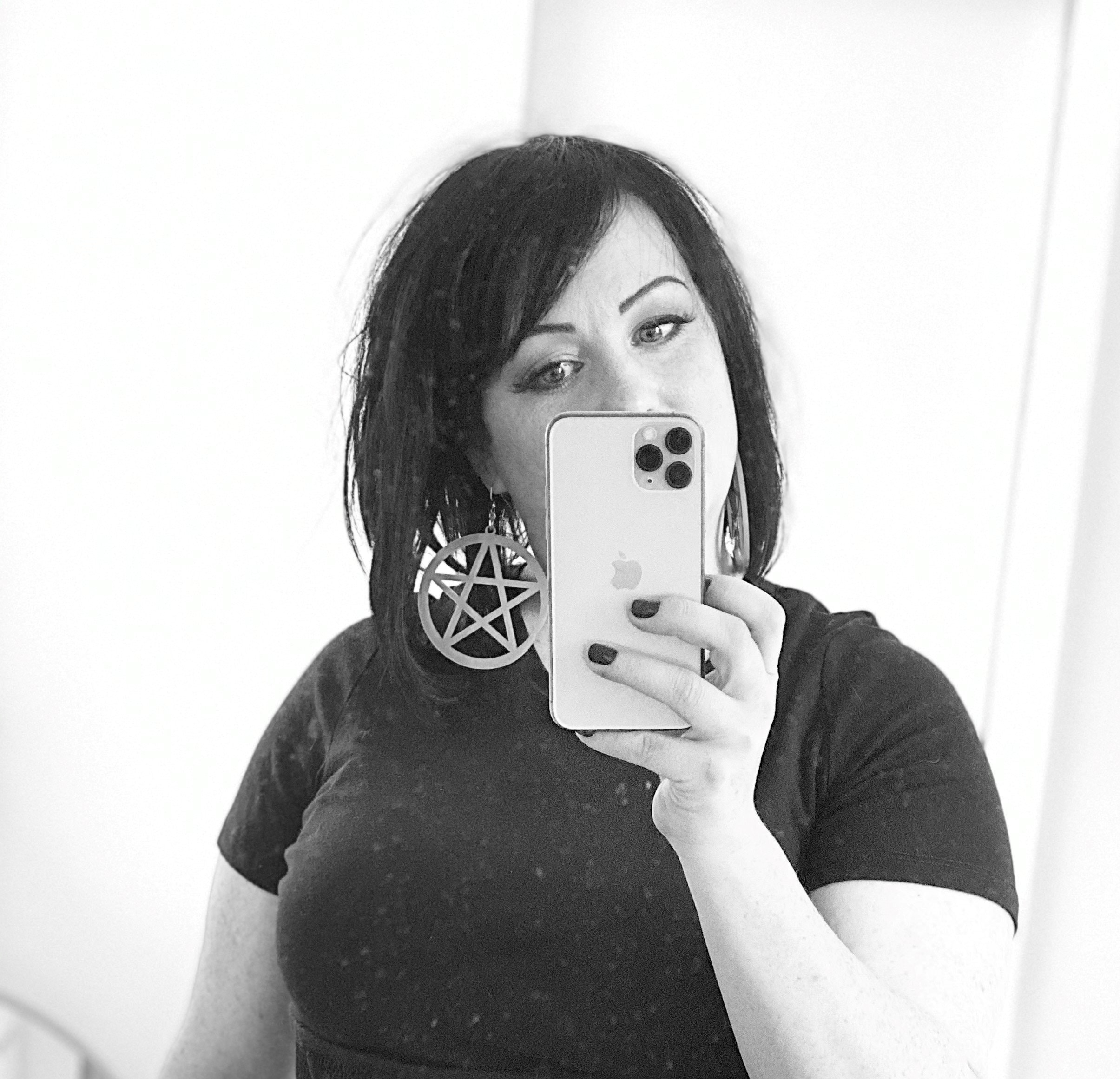